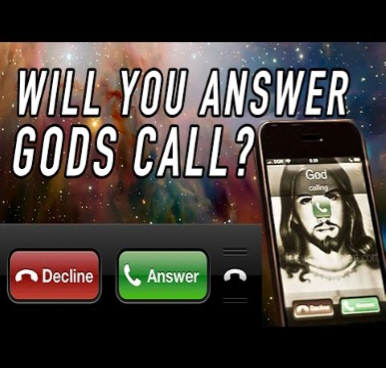 The day before Independence Day, my family visited a very special place during our family vacation. It was Mount Rushmore National Memorial, which is centered on a sculpture carved into the granite face of Mount Rushmore in the Black Hills in Keystone, South Dakota. The sculpture features the 60-foot (18 m) heads of Presidents George Washington, Thomas Jefferson, Theodore Roosevelt, and Abraham Lincoln.

Sculptor Gutzon Borglum created the sculpture’s design and oversaw the project’s execution and he died in March 1941, so his son Lincoln took over as leader of the construction project. Each president was originally to be depicted from head to waist, but lack of funding forced construction to end on October 31, 1941. From this short history, we can’t even imagine how difficult this project was. Although Gutzon did not see the result of his project before his death, his mission was continued and finally ended up by his son. And, now Mount Rushmore not only attracts more than two million visitors annually, but also inspires strong national identity and pride to many people.

Through the New Testament, we see apostle Paul whom had a very difficult mission to complete, which is spreading the gospel. In Colossians 1:23, Paul said that “God’s plan was to make me a servant of his church and to send me to preach his complete message to you.” And I think that this call to be a servant of God’s church is not only for Paul, but also for all of us. Then, what should we do as servants of God’s church?

First, let us rejoice even in suffering (v.24). Because of the unexpected pastoral change and how the new future of our three point charge with one pastor will go, we all are confused, frustrated, concerned and a bit angry. However, we need to remember that this situation will never change the great mission that we have. Although this came to us in a sudden and unexpected way, this rather strongly reminds us what we need to do in the here and now. We must continue to live our call in the place where God calls us.

Secondly, let us serve the church according to the commission of God (v.25). For the past 3 years, I witnessed the wonderful gifts that each one of you have shared as one body of Christ. God gave each one of us a very special gift. As the servants of the church, let us find it and use it as much as we can for the church and for the world until the kingdom of God is fully realized in here.

Thirdly, let us warn and teach everyone, so that they will grow and become mature in faith (v.28). When we are trying to fulfill our mission as God’s servants even in difficult environments, God helps us to fulfill God’s great mission. Christ our Lord never leaves his beloved followers alone. As he promised to be with us to the end of the age in Matthew 28:20, he always walks with us and works in us and in our lives during our journey of faith. In addition, if we are willing to do the work that God has called us to do, our Lord enables us to take on any hard and rough things that are set before us. No matter how difficult a situation we are in, God will continue His great mission with His faithful people.

Let me go back to the story of Mount Rushmore National Memorial. I think Gutzon Borglum did not really know how big its impact would be. I bet there were countless moments that he wanted to give up. But he never gave up, even though his project was finished by his son’s hands. Also, in the case of Paul, although he was a very faithful evangelist, he did not complete his mission in his time. He was struggling with a lot of trials, but he never gave up. So, now we are continuing his work in our time. Likewise, we may not see the fruits of the seeds that we were sowing in our time, but if we sow them in faith, love, and hope, they will bear lots of fruits in God’s time. God will empower us to be faithful servants for God’s mission. My beloved brothers and sisters in Christ. God calls each one of us to be the servant of God’s church. Let us respond to this call by serving where God calls us to be and doing what God calls us to do.

Posted in From The Pastors