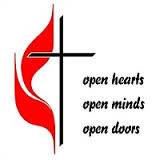 I prepared a series of easily understandable articles to continue February to explain about Methodism through my ministerial experiences. I hope these articles will help you better understand Methodism and confirm and develop your faithful identification as a Methodist.

Q) What Is the Primary Characteristics of United Methodist Polity?

The itinerancy is also a unique system in United Methodism. “Methodist began in England and America as a missionary cadre of preachers bound in connection with each other to spread the gospel and scriptural holiness over the lands.” Method-ism’s starting point was missionary work at that time, so all preachers in United Methodism agreed to an itinerant system. Even though time has passed, still the presence of the itinerancy system is observed in the United Methodist Church. “Itinerancy is best suited to making sure the clergy leadership is available to as many local churches as possible.” Through itinerancy, lots of small local churches receive stable clergy leadership. Not only small churches, but also many cross-cultural clergy persons receive merit from itinerancy. According to the Book of Discipline, the open itinerancy is defined that “means appointments are made with-out regard to race, ethnic origin, gender, color, disability, marital status, or age, except for the provisions of mandatory retirement.”

This itinerancy shows strongly the connectionalism among three offices. The minister needs to agree to go to appointed places; the district superintendent has a duty to send each minister to local churches that ministers fit very well; and finally, the local church members have a duty to receive open itinerancy as their Sr. pastor. If they do not cooperate, the system of open itinerancy will not exist and stay in United Methodism. The Book of Discipline explained connectionalism: “Integrally holding connectional unity and local freedom, we seek to proclaim and embody the gospel in ways responsible to our specific cultural and social context while maintaining.” Going further, the Discipline says that worldwide connectionalism is our duty for mission working beyond national and regional boundaries.

This connectionalism flows through all of United Methodism’s systems and workings. For example, the basic role of bishop as superintendent is to connect local churches and ministers. Beyond their local area, the Central Conference bishop’s role expands their works to mission locations. Likewise, open itinerancy shows very well United Methodist’s effort to overcome racial, ethnic, and gender minority problems in U.S. Going further, this open itinerancy helps the United Methodist Church to work together with various people in the world without prejudice. This connectionalism applies to United Methodist seminaries.

According to Wesley’s “Catholic Spirit” and the ecclesiola in ecclesia as one of UM’s character, they accepted various professors and students from different denominations. I think this policy can represent our denominational value, “Open hearts, open minds and open doors.”

Posted in From The Pastors